On August 2nd Wizards of the Coast announced a change to how the Pro Tour top 8s will be playing out. For reference they will be played out as such: 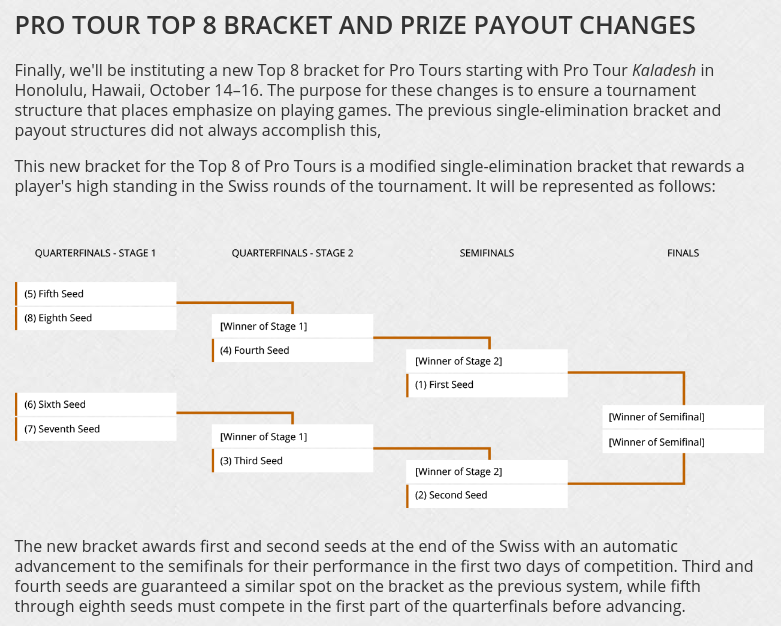 I think this change is great. Rewarding people for doing well in the swiss, in the top 8 is a good change. The “modified play-draw rule” was a first attempt at this, but it was not quite enough incentive to play out your last round as opposed to drawing.

One thing I have seen said a number of times though that I wanted to refute in this post is the following statement:

“This system does not really stop intentional draws. Anyone who can draw into top 8 as opposed to winning into top 4 or losing into top 16 will still draw”

I do not think this will actually be the case. The reason for this is because of the changed payout structure associated with this top 8 restructure: 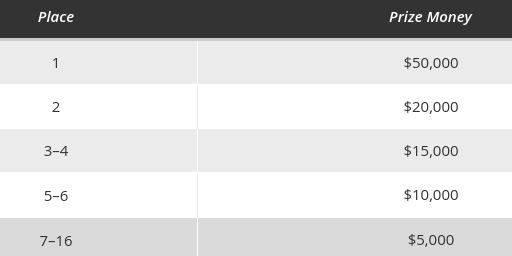 Because 7-16 have the same prize money now, this means playing and losing your match for top 4 to end up top 16 is the same prize as drawing into top 8 and then losing in the quarters.

Basically you now get the choice if you want to play for that next position starting in the last round or the first round of single elimination. Some people might still choose to draw, but others will not. This also means people below these matches that 100% would have drawn previously, now have a chance to make it to the elimination rounds. Basically making for more people playing “exciting” matches during the event as a whole.

I love this change as a whole and really hope it trickles down to other magic events in general.